As popular as the Breckenridge Distillery’s partnership with the NFL’s Denver Broncos last year, why not do it again? The team and the distillery announced the release of the limited-edition Mile High Bourbon Blends, the second commemorative Broncos Bourbon Blend of the series.

In the Blue Broncos Bourbon Blend, honey crisp apple and fresh orange envelop the nose leading to a creamy orange and orange blossom honey on the palate, finished with oak and light white pepper spice.

Encased in a commemorative orange or blue bottle, these limited-edition bourbon blends pay homage to the Broncos Mile High Era and include the team’s classic 1962 logo on their label.

“Last year we released our first collaboration with the Denver Broncos and the Broncos Bourbon blends were not only a hit with our Colorado fans, but the whiskey industry as a whole,” says Nolt. “We’re so excited to continue our partnership with the Broncos and bring Broncos and whiskey fans across the country our latest release of the Mile High Blends to enjoy this season.”

The first collaboration of the series, the Champions Blend, garnered recognition in the whiskey world by being named Best American Blended Whiskey, Limited Release and Campaign Innovator of the Year by Whisky Magazine at the World Whiskies Awards.

Old Forester Birthday Bourbon to be sold through sweepstakes 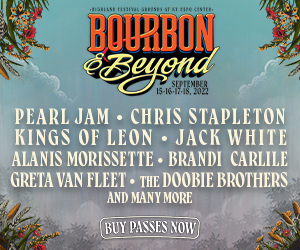